The new Late Cretaceous plastomenid soft-shelled turtle, Jimemys glaebosus, has been described in the Canadian Journal of Earth Sciences as part of collaboration between Dr. Michael Ryan, Adjunct Research Professor in the Earth Sciences Department at Carleton University and colleagues at the Royal Ontario Museum (ROM) and the Royal Tyrrell Museum.

Jimemys glaebosus is based on a partial shell from the Santonian Milk River Formation of southern Alberta, estimated at approximately 84 Ma. It represents the oldest relatively complete shell of a trionychid (soft-shelled) turtle from North America.

The genus name Jimemys honours palaeontologist Dr. James Gardner, Curator of Fossil Amphibians at the Royal Tyrrell Museum of Palaeontology; glaebosus refers to the lumpy tubercles of the upper shell.

A unique combination of characters, including an emarginate nuchal, enlarged tubercles and a fused hyo-hypoplastron allowed the team to identify the specimen as a new taxon. With an estimated 30 cm (12 inch) shell length, Jimemys would have had a life-style similar to modern soft-shelled turtles, living in fresh water lakes and ponds and feeding on fish, amphibians and invertebrates.

"As the oldest pan-trionychid that is diagnostic to the species level in North America, Jimemys provides new insights into both the early evolution of trionychids in North America and the biodiversity of southern Alberta during a poorly sampled time in Late Cretaceous of North America", said Dr. Ryan.

Articulated vertebrate fossils are rare from the Milk River Formation, with the few examples known being primarily limited to turtles. Dinosaurs from the formation diagnosed by non-tooth elements included Acrotholus, a pachycephalosaurid (dome-headed) dinosuare based on an isolated skull cap and Gryphoceratops, a leptoceratopsid horned-dinosaur based on a single lower jaw.

The turtle specimen was originally collected by Levi Sternberg during the 1950 field season for the ROM. The lead author, Shauna Edgar, initiated the specimen description as part of the Southern Alberta Dinosaur Project jointly run by Dr. Ryan and David Evans of the ROM. 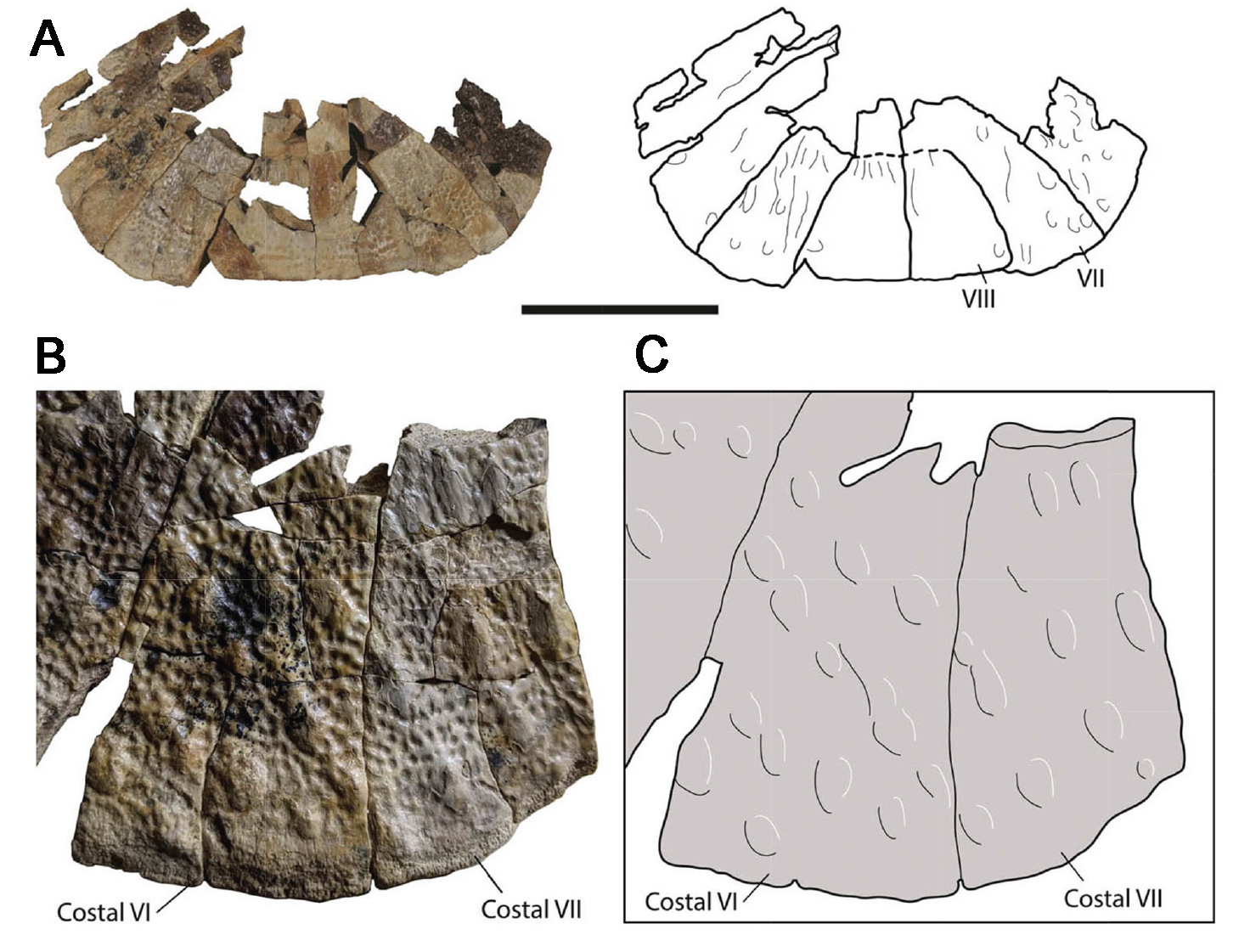