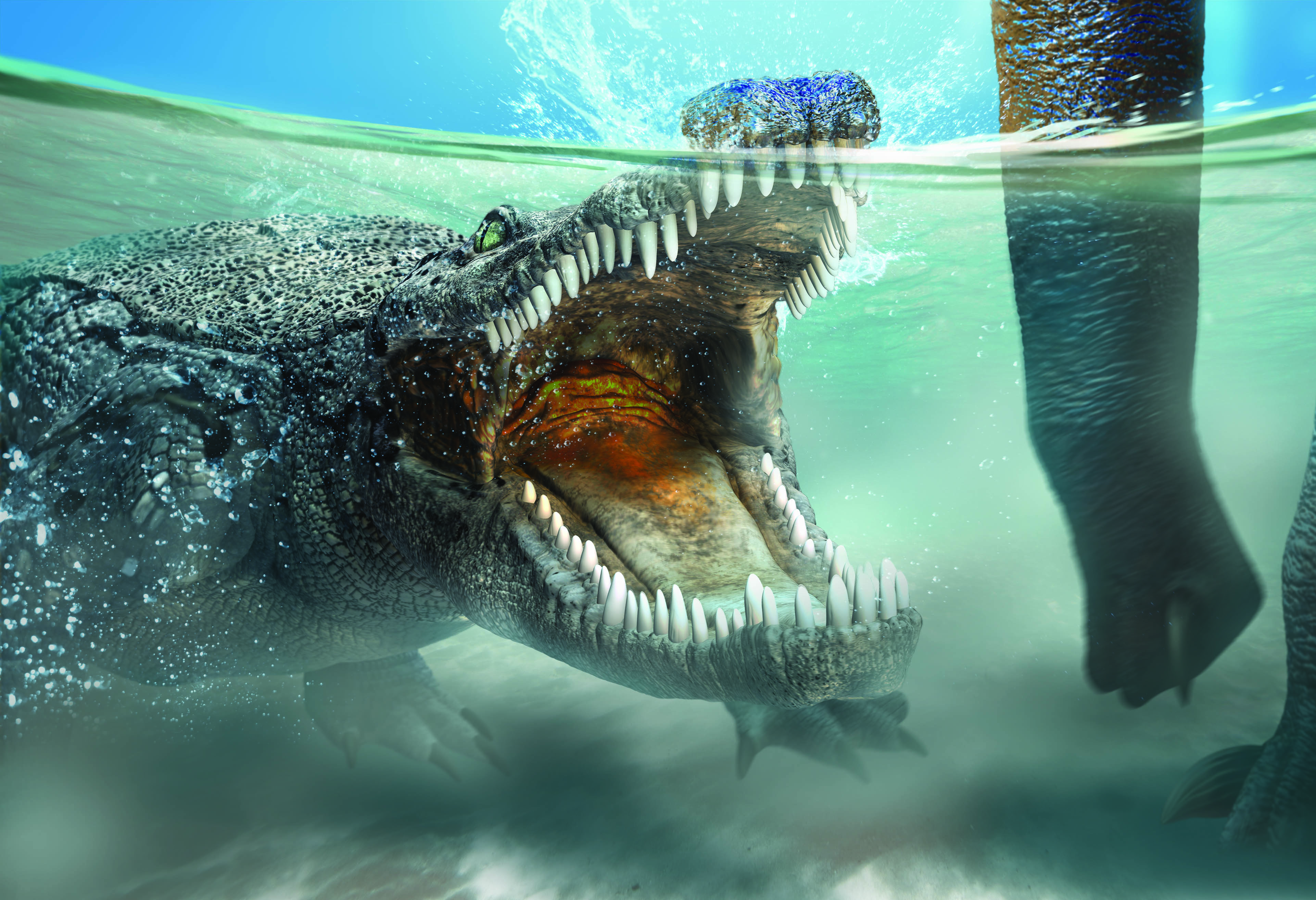 The 155-million-year-old Amphicotylus milesi discovered in Wyoming, USA is a new species and the best preserved fossil known of a goniopholidid, a close relative of modern crocodilians. With an estimated length of 2.3 m (7.6 ft) and weighing up to 227 kg (500 lbs), the freshwater Amphicotylus milesi would have inhabited the margins of rivers and shallow lakes where it fed on fish or waited to ambush small dinosaurs.

Amphicotylus has a backward, value-like extension of the air passage leading from the nostril to the back of the throat and a short, curved tongue bone (hyoid) similar to modern crocodilians. By keeping their external nostrils above the water surface, these crocodilian ancestors could have breathed underwater while holding a thrashing prey in their mouth by closing this valve against the hyoid-supported tongue, just as modern crocodilians do.

Co-author Dr. Ryan said, "Amphicotylus gives us a unique window back in time to the evolution of one of the key features that made crocodiles and their relatives one of the Earth's most successful group of land animals. It was features such as this that may have helped crocodiles survive the asteroid impact that wiped out all of the non-avian (birds) dinosaurs 66 million years ago at the end of the Cretaceous."

Amphicotylus milesi is named in honour of Clifford Miles for his contributions to the excavation of the specimen.

Amphicotylus was discovered in 1993 in Wyoming in the Upper Jurassic Morrison Formation by Western Paleontological Laboratories Inc. at a locality not far from the famous Bone Cabin Quarry. Amphicotylus was collected from a quarry that also produced the skeleton of the large sauropod, Camarasaurus that Amphicotylus could have snatched from the water's edge when they came to drink.

Amphicotylus would have shared its "Jurassic Park" landscape with dinosaurs such as the large sauropod, Diplodocus, the plated hervivore, Stegosaurus, and the apex predator of its day, Allosaurus.