Carleton University’s Department of Earth Sciences Adjunct Research Professor, Dr. Michael J. Ryan, has co-authored a paper in Royal Society Open Science describing the new genus and species of horned dinosaur, Stellasaurus ancellae, from northwestern Montana. It is named based on a partial skull from the 75 million years old Late Cretaceous Two Medicine Formation. The specimen was discovered near the town of Cut Bank, MT near the U.S.-Canadian border.

Stellasaurus ancellae is a member of the plant-eating, horned centrosaurine ceratopsid dinosaurs, that evolved elaborate ornamentation on their skulls, including horns above the nose, eyes, and large bony frills which projected from the back of the skull. The horns and frills of ceratopsid dinosaurs likely evolved as display structures for mating purposes, similar to the diverse and elaborate feathers of some birds such as peacocks.

The overall star-like appearance of the skull’s ornamentation is the basis for the name Stellasaurus, which means “Star Lizard”. The name is also in homage to the song Starman by the late David Bowie. The species name ancellae honors longtime Museum of the Rockies (Montana) fossil preparator Mrs. Carrie Ancell, who discovered the skull in the summer of 1986.

Stellasaurus grew to 5 m (18 ft) in length and could have weighted up to 2 tons. It lived on the coastal floodplain between the rising Rocky Mountains and the shallow Western Interior Seaway that bisected North America during the Cretaceous. Stellasaurus shared the landscape with other plant-eaters such as the duck-billed hadrosaurs and the armored ankylosaurs. Its predators included the large tyrannosaur Daspletosaurus and the smaller dromaeosaurs and troodontids. In addition to the flying reptiles called pterosaurs, many birds, crocodilians, turtles, small mammals, lizards, and amphibians were also present in the region.

Stellasaurus helps to illustrate the story of millions of years of unbroken evolutionary change within a single lineage of dinosaurs. Stellasaurus has skull ornamentation which is intermediate in its development between the older Styracosaurus albertensis from Alberta and the younger Einiosaurus procurvicornis from Montana. As each new species evolved, the number of frill spikes decreased, and the long, erect nose horn of Styracosaurus and Stellasaurus drooped forward like a can opener in Einiosaurus. This linear evolution may be more prevalent in the fossil record than currently recognized, but it is difficult to detect without having a well-sampled fossil record and knowing exactly where each fossil comes from in geological time. 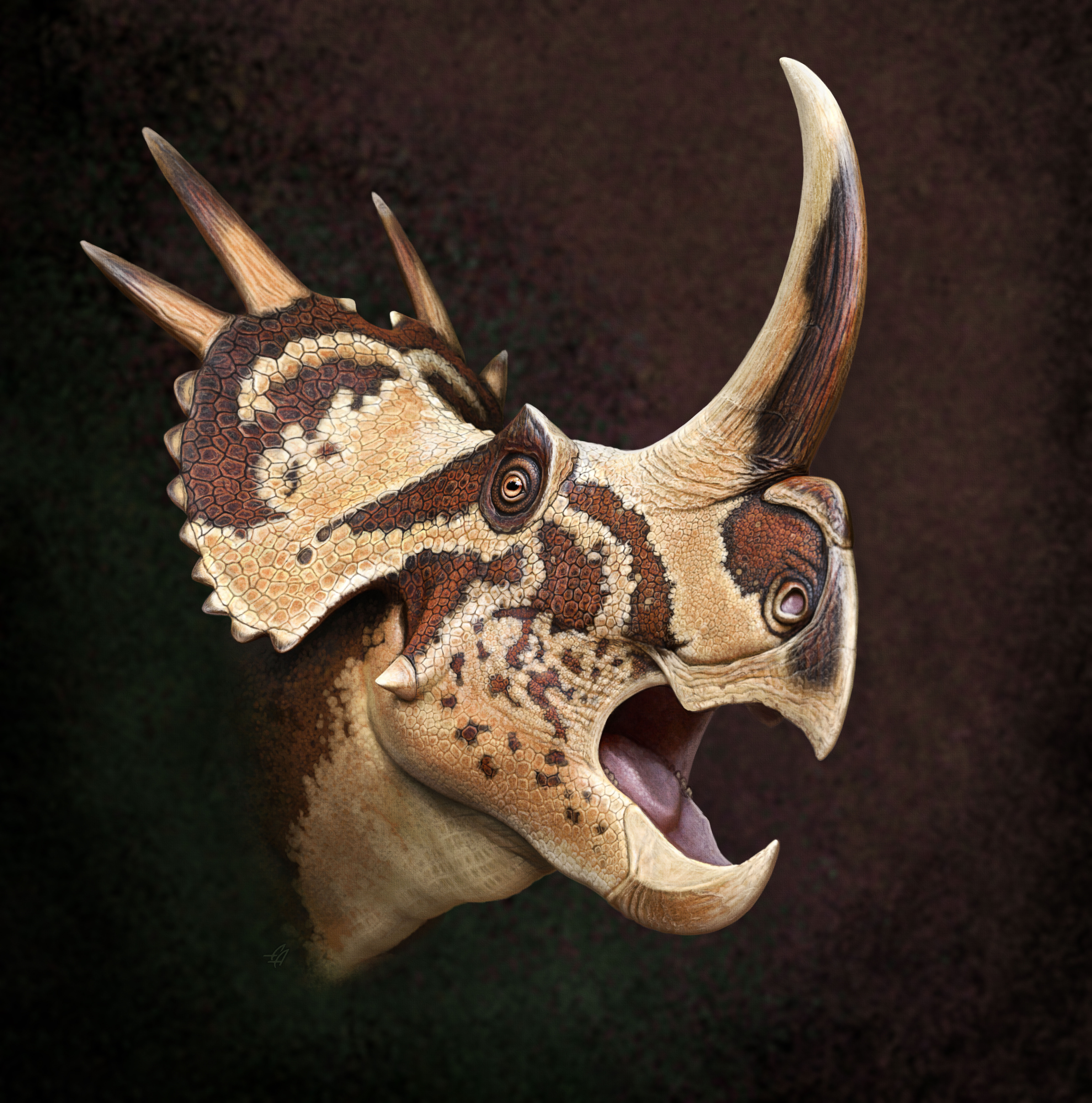