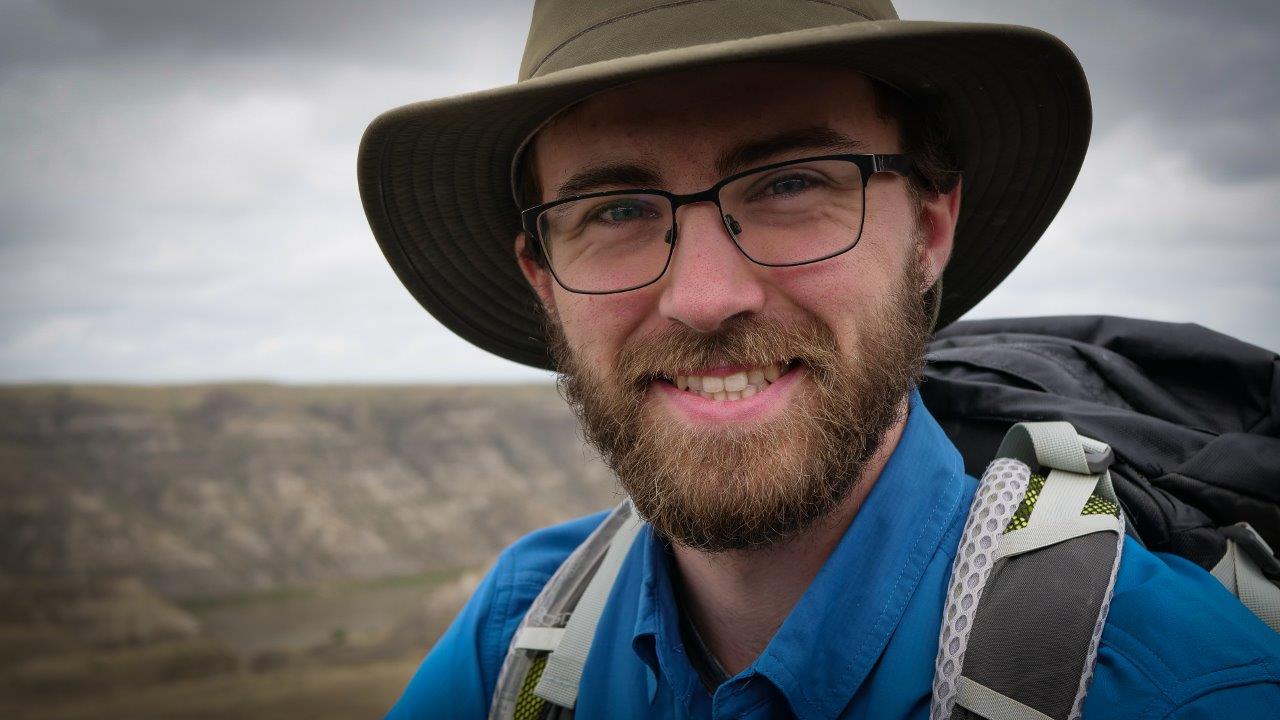 Tom recently earned a Masters degree in Earth Sciences at Carleton University. While at Carleton, Tom worked under the supervision of Dr. Jordan Mallon and Dr. Hillary Maddin.  He studied the skull of the extinct crocodile-like reptile, Champsosaurus using CT scanning to discuss its anatomy, behavior and evolution.

Tom's thesis research solved a decades long debate by confirming the presence of an 'extra' bone in the skull of Champsosaurus, but found that this bone may actually be a pre-existing middle-ear bone that has integrated into the skull, something never seen before.  Tom's thesis also found that Champsosaurus is possibly related to the group of reptiles containing crocodiles, dinosaurs and their relatives. This helped to pinpoint the relationship of Champsosaurus and its relatives in the reptile family tree, a topic that still hasn't been settled among scientists.

Now that Tom has graduated, he is working closely with researchers from Carleton University, the Canadian Museum of Nature and the American Museum of Natural History on topics such as extinct turtle locomotion, braincase evolution and Champsosaurus distribution in North America.  Tom is currently saving up for the new year when he is planning to enter a PhD to further his education in paleontology.