Although the cranial anatomy of the lysorophian tetrapod Brachydectes has been reported in detail recently, many attributes of the group are inadequately known, and lysorophian systematics remain unclear.  One under-described aspect of the genus is the development and variation of cranial ornamentation.  Whereas the smallest skulls (< 5 mm in length) lack sculpturing, ornamentation increases in progressively larger specimens and is conspicuous in the largest (> 30 mm skull length) individuals.  It includes rugose ornament on the anterior cranial roof elements (frontals and anterior parietals) and pustular ornament on the posterior elements (posterior parietals and postparietals).  Such ornamentation is unique within recumbirostrans and is identified as an ontogenetic feature. 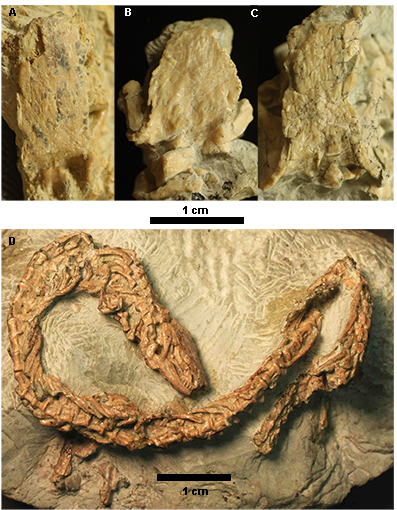