We propose that the ca. 1590Mamafic intrusions in northwestern and west-central Laurentia represent components of a large igneous province (LIP), which we name the “ca. 1590 Ma Mammoth-Western Channel LIP.” This 1590 Ma LIP is geochemically similar to the contemporaneous volcanic rocks in the Gawler Craton and Curnamona Province of Australia. Furthermore, the 1599 Ma Wernecke Breccias near the Western Channel Diabase are geologically similar to the 1590Ma Olympic Dam Breccias on the South Australian craton. We propose that a mantle plume at ca. 1590Ma centered between the Laurentian and Southern Australian cratons, located by converging dyke swarms, fed the intrusions on Laurentia plus the Gawler Range Volcanics, the Hiltaba Suite granites and the Ninnerie Supersuite on the South Australian craton. Additionally, magmatic underplating from the plume set up the hydrothermal system responsible for the formation of the Wernecke and Olympic Dam Breccias.

The younger 1551 Ma magmatism in the Tobacco Root Mountains, which shows less contamination of a metasomatized subcontinental lithospheric mantle than the older 1590Ma pulse, may represent an early stage of rifting that pre-dates the ca. 1470Ma Belt-Purcell Basin extension of western Laurentia. Felsic magmatism, hypothesized to have accompanied the 1590–1550Ma LIP magmatism, could be a potential source for detrital zircon, thereby reducing the requirement for a non-Laurentian source for detrital zircon ages within the 1610–1490 Ma “North American Magmatic Gap.” Additionally, the 1590 Ma and 1550Ma ages on western Laurentia dykes provide tighter constraints for previous paleomagnetic studies. 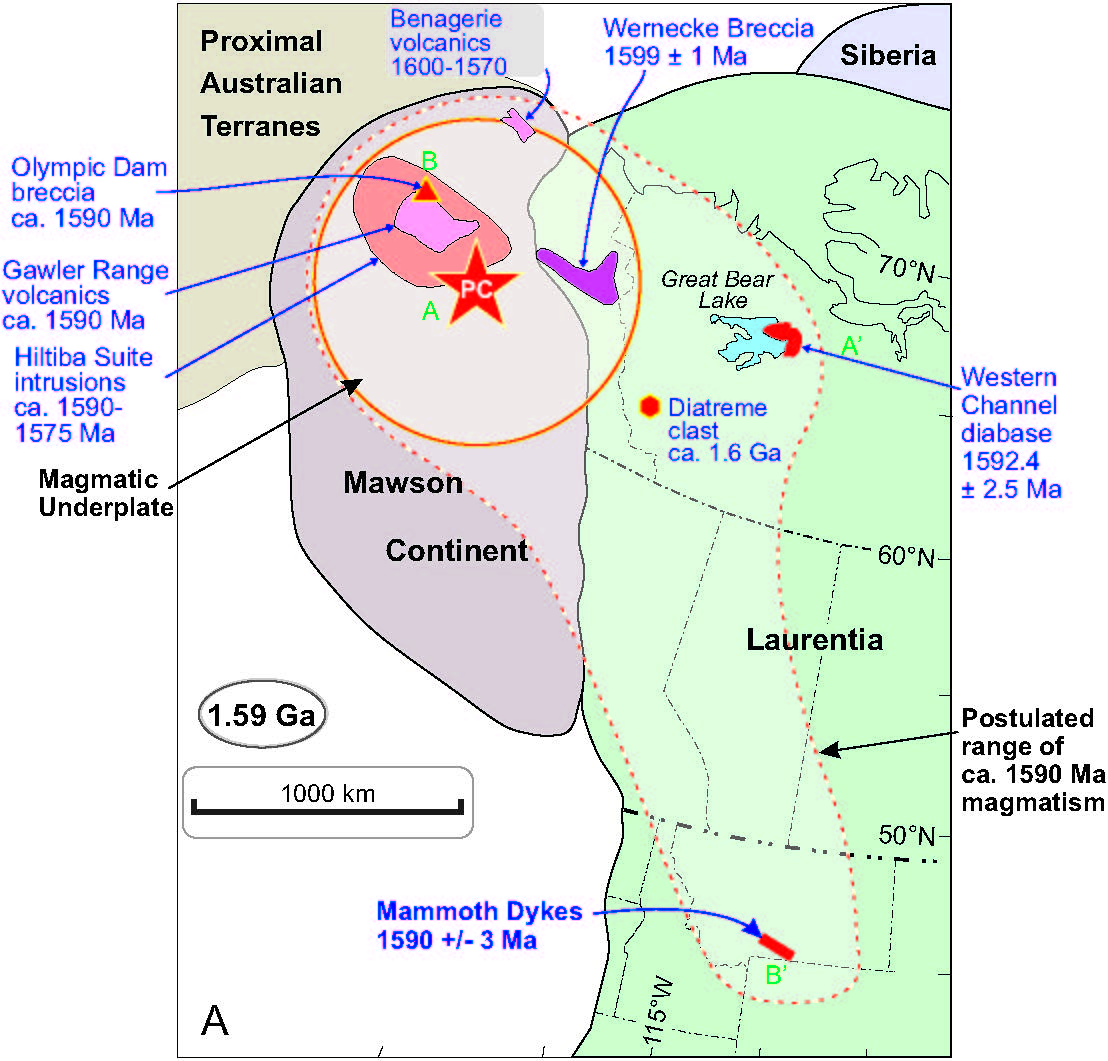